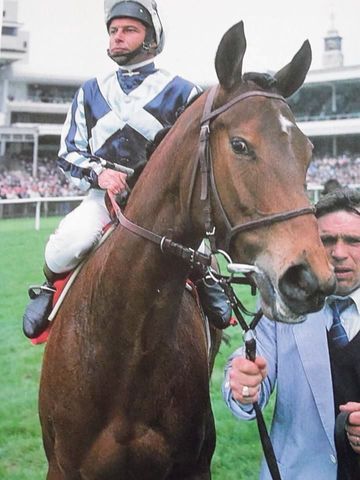 Having recently written about Champion super-filly Alpha Centauri’s 2020 mating with Galileo, I was fascinated when her half-sister, Alpine Star, won the Group One Coronation Stakes at 2020 Royal Ascot. What a year for this wonderful equine family, and for the Niarchos Family breeding program.

The Niarchos Family, which also breeds using the name Flaxman Holdings, Ltd., has a storied history with the thoroughbred, though the sun around which this galaxy revolves is its Champion mare and great producer, Miesque, twice winner of the Breeders’ Cup Mile-G1, and dam of great sire Kingmambo, among others.

It is rare for the Niarchos Family to part with a mare who has Miesque as tail female, so the partnering on Alpine Star with Coolmore is fascinating, especially when considering that Alpha Centauri was bred this year, for her first foal, to Coolmore’s great Galileo. One can imagine an epic partnership being created here, in some enormous deal. Will Coolmore be half-owner of Alpha Centauri’s offspring as well? What can we notice here that will give us clues to Niarchos’ matings of their Blue Hen’s progeny? 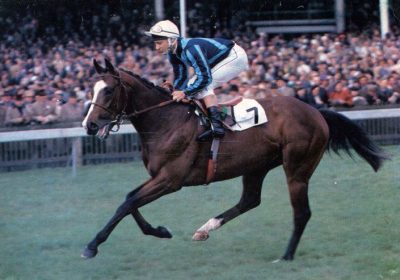 Miesque, the Niarchos foundation mare, was foaled in 1984, by the wonderful sire Nureyev. Nureyev supplied the power of Northern Dancer, Natalma (daughter of Almahmoud, by Mahmoud), and the dams’ side of another foundation mare, Rough Shod II, as he was out of her granddaughter Special. Nureyev’s second dam, Thong, was Rough Shod II’s daughter by Nantallah, supplying more of the family of Mahmoud via Mumtaz Begum: Mahmoud was by Blenheim, and his granddam was Mumtaz Mahal, while Mumtaz Begum, also by Blenheim, was out of Mumtaz Mahal herself, making them very closely related.

To match the two strong strands of Mahmoud and his family in her sires’ side, Miesque’s dam, Pasadoble, offers two more doses, through Flower Bed and Satanella. Pasadoble is by the Graustark stallion Prove Out, giving Miesque a prominent dose of Ribot that made her a world class miler. Finally, the cherry on top, is Miesque’s third dam, Neriad, a daughter of Princequillo, one of the best broodmare sires of all time. Miesque, therefore, represents a wealth of regal, old blood on both her sires’ and dams’ side.

Alpine Star, recent winner of the Coronation S.-G1 at Royal Ascot, and unbeaten Champion Alpha Centauri, are half-sisters, sharing their dam, Alpha Lupi, by Rahy and out of Miesque’s daughter East of the Moon, by Private Account. Their sires, however, have little in common at first glance. Alpha Centauri is by Mastercraftsman, by Danehill Dancer, while Alpine Star’s sire is Sea the Moon, a German bred by Sea the Stars, with only four crops to race, by Sea the Stars.

Do not underestimate the Niarchos Family’s breeding program, however. This program has very specific goals about what blood must be doubled and tripled in their pedigrees to create this continuing chain of terrific runners. Clearly, in their analysis, Miesque’s greatest strength was the appearance of the Rough Shod II line, through her daughter Thong, and Thong’s daughter, Special, through Nureyev.

In Sea the Moon, they found the young sire with, arguably, the most Rough Shod II in the stallion book, as his pedigree includes a dose of Sadler’s Wells, who was out of Thong’s daughter Fairy Bridge, and another way back to Rough Shod II through her son, and full brother to Thong, Ridan, making this pedigree 7 x 6 x 6 Thong. We see a similar pattern in Alpha Centauri’s 2020 foal, who is 4 x 6 Special, through his sire, Galileo, and of course his dam. Another Group One winner from this family, Tapestry, is 4 x 5 Special. 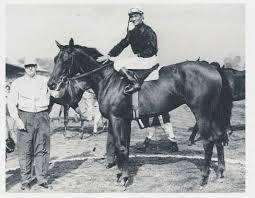 Another important feature that the Niarchos clan insists upon is Miswaki, for his sire, Mr. Prospector, but mostly for his dam, Hopespringseternal, who was by Buckpasser, and out of a Princequillo mare. Alpine Star’s pedigree has a prominent dams’ line dose of Buckpasser through Private Account (and even more La Troienne through Private Account’s dam Numbered Account, who is tail female La Troienne), to match the all-important dose of Buckpasser in Sea the Moon, whose granddam may be the most influential Miswaki mare ever, Urban Sea.

Alpha Centauri’s foal gets his dose of Urban Sea through her son and the foal’s sire, Galileo, and also through Miswaki’s Grade One winning son, Black Tie Affair on the dams’ side. Tapestry too has Urban Sea through her sire, Galileo and a virtual Miswaki in her dams’ side, through Mr. Prospector and Spring Adieu, by Buckpasser (and out of Natalma). All three of these have other, errant doses of La Troienne added in.

Just as with Rough Shod II, there is no such thing as too much La Troienne. It should be noted that Miswaki is the favored source of Buckpasser because his dam is out of a Princequillo mare, complementing the prominent appearance of Princequillo as Miesque’s third broodmare sire. 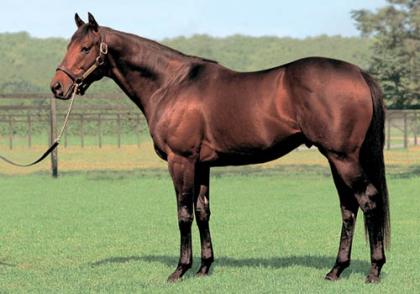 This collecting of the genetic material of Rough Shod II, Buckpasser and other tail female La Troienne relatives, and Princequillo mares points to a distinct pattern that the Niarchos Family has perfected. You can’t argue with their Group One production, which of course must include past leading sire Kingmambo. It is one more case of a world-class breeding operation realizing the importance of getting as much of the powerful blood, especially mares, of the past, embedded in pedigrees as many times as possible, to create and then re-create greatness.