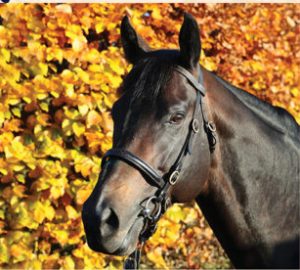 Invincible Spirit, who entered stud in 2003, and who stands for €100,000 at the Irish National Stud, seems primed to be the next important sire of sires. His son Kingman could not be hotter, and Magna Grecia and Territories would appear to be poised for success. At Yeomanstown Stud in Ireland, another son of Invincible Spirit, Invincible Army, enters the stallion ranks this year, with a fee of  €10,000, abundantly reasonable for a multiple Group winner of £371,679.

Despite inbreeding to both Northern Dancer and Sharpen Up, and the presence of the ubiquitous Green Desert (by Danzig) as his grandfather, Invincible Army’s pedigree is notable for what is absent from it. Such stalwarts of European pedigrees as Mr. Prospector, Nijinsky II, Blushing Groom, Riverman and his son Irish River, and Mill Reef are all missing in action, therefore providing huge opportunities for Invincible Army with a wide variety of mares. What is evident, in spades, in this pedigree, through all of her important sons, is the Spearmint mare, Plucky Liege. Multiple doses of Bull Dog, Sir Gallahad III, Bois Roussel and Admiral Drake populate the reaches of this pedigree, creating a strong foundation of toughness and speed.

The wild card of Warning on the dams’ side, by Known Fact out of Slightly Dangerous, by Roberto, imparts more grit and speed through the In Reality family. Known Fact was out of Tamerett, providing another clue as to possible mates for Invincible Army. It should also be noted that Courtly Dee, by Never Bend, and Somethingroyal, by Princequillo, are added in Green Desert’s pedigree, two of the most significant broodmares of the twentieth century, and there is another dose of Princequillo through his best son, Round Table, as well as a wealth of Nasrullah.

The sparse presence of Northern Dancer, through Danzig and Sadler’s Wells, and the total lack of Mr. Prospector, though Native Dancer does appear twice through Sharpen Up (and through Northern Dancer’s dam, Natalma, by Native Dancer), are anomalies which may be rectified by the mares brought to Invincible Army beginning in 2020. For example, Invincible Spirit has produced numerous Group winners with Seeking the Gold (by Mr. Prospector out of a Buckpasser mare), suggesting that mares by Dubawi, from that sire line, would be very successful mates, as would Galileo and Sea the Stars, as both are out of the Miswaki mare Urban Sea, her sire a three-parts brother to Seeking the Gold, as well as the addition of her Princequillo dam.

Another son of Mr. Prospector, Gone West, provides another dose of Somethingroyal, and his successful sons at stud out of The Minstrel mares would provide an alternative way back to Northern Dancer. He also provides an echo of Tamerett, as she is his grandmother. Some other UK stallions have found success with Unbridled’s Song mares, and given the Mr. Prospector/Buckpasser connection, with the addition of Caro and Le Fabuleux, this branch of Mr. Prospector’s family should work well with Invincible Army as well, as should stallions from the Machiavellian branch.

Other notable additions from the Northern Dancer line would be Nijinsky II, of course, with his Plucky Liege background, and his perfect complement, Blushing Groom. The Storm Cat line also seems a natural for Invincible Army, providing Northern Dancer through Storm Bird (closely related to Nijinsky II), and the Secretariat mare Terlingua. With the success of Scat Daddy and No Nay Never, mares offering Storm Cat should be available for Invincible Army’s first book.

The addition of more Danzig, through Danehill and his sons and grandsons, would also be perfection, as Green Desert seems to enjoy being coupled with other strains of his sire. Nor would I hesitate to add granddaughters of Galileo to the mix, as the lone thread of Sadler’s Wells, through Invincible Army’s broodmare sire, Diktat, seems awfully lonely.

Then, there’s the Never Bend connection. Many European pedigrees feature multiple strains of Never Bend, but this one has only the single way back to him, via Courtly Dee. Invincible Army begs for the addition of Mill Reef, Riverman, and even more so, Riverman’s son Irish River, who also provides Klairon, which we have here via Lorenzaccio. There is a dose of My Babu in Invincible Army, as well as a couple of Turn-to, which complements the Klairon, but the addition of more of all of these closely related sires, through different sources, would also strengthen the resulting foal’s pedigree.

Invincible Army, therefore, is yet another young stallion ripe with possibilities in the realm of potential mates. His pedigree is enough of an outcross to make a vast number of mares attractive to him. Given the early success of such as Kingman and Territories, sons of Invincible Spirit are already having achieving at stud. There is no reason to believe that Invincible Army will not follow suit.