New Sire Showcase 2: Phoenix of Spain and Too Darn Hot 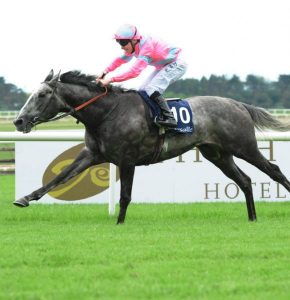 Continuing with an assessment of new stallions standing in 2020, mention must be made of Phoenix of Spain, whose pedigree I analyzed when he won the Irish 2000 Guineas-G1 earlier this year.

The auction market’s adoration of his grandsire, Shamardal, may not be denied, and the bloodlines Shamardal carries, by Giant’s Causeway out of a Machiavellian full sister to the great, lamented Street Cry, are superb. Phoenix of Spain’s sire, Lope de Vega, who entered stud in 2011 and continues to produce Group winners, has a pedigree that is very clever, as his dam, Lady Vettori, a multiple Group Stakes producer, is by Vettori, himself a son of Machiavellian. Machiavellian therefore appears in Lope de Vega’s pedigree 3 x 3, remarkably close, but clearly it works, especially as it is on the zigzag, through a daughter of Machiavellian through Shamardal, and a son through Lady Vettori.

The usual multiple crosses of Northern Dancer are visible, through Storm Cat, Nijinsky II and Danzig, as well as the power of Somethingroyal, Secretariat’s dam, through her Triple Crown winning son and Sir Gaylord, as well as a doubling of the full sisters Belle Mecene and Gay Missile. Both are by Sir Gaylord, by Turn-to, and reach out to the tripling of Halo on the sire’s side, and to the Blushing Groom, through Rahy. The strength of the combination of Blushing Groom and Nijinsky II, seen so often, exists in Lope de Vega. Both Phoenix of Spain’s dam, Lucky Clio, and granddam, Special Lady, get their gray coloration from Caro, and connected with the Kenmare on the sires’ side, insured the beautiful gray coat of Phoenix of Spain. I wouldn’t hesitate to bring a Street Cry mare to Phoenix of Spain; I can guarantee it will be tried.

Strangely, the young stallion is a bit of an outcross, being free of Galileo and Dubawi, and so should cross well with mares by those stellar studs, as well as any addition of Mr. Prospector, which is offered by the Miswaki mare Urban Sea in the pedigrees of both Sea the Stars and Galileo, and by Seeking the Gold in Dubawi. Of course, the absence of Green Desert must be noted as well. Phoenix of Spain stands at the Irish National Stud for €15,000, and seems a bargain for such a pedigree and such a race horse. 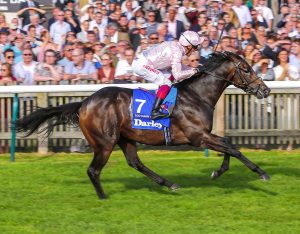 We’ve saved the best for last, as, standing at Darley’s Dalham Stud in Suffolk, England, new for 2020, is the Champion Two-Year-Old Colt in Europe and multiple Group One winning millionaire, Too Darn Hot, by Dubawi. Too Darn Hot is out of the Singspiel mare Dar Re Mi, and Dubawi on Singspiel mares is a stellar cross, represented by 31% black type winners, 30 starters out of 32 foals, and an average earnings index of 5.67. Shirley Heights appears top and bottom, giving us two doses of the influential Never Bend, making any mare with Green Desert in her pedigree valuable for Too Darn Hot, and Halo and Djebel on his dams’ side makes Irish River, with his dose of Klairon (as well as Never Bend, his grandsire), an obvious choice in a mare’s pedigree as well. Too Darn Hot is 5 x 6 x 5 Northern Dancer, through Shareef Dancer, Lyphard, and Sadler’s Wells, making further inbreeding to such Northern Dancer sons as Danzig and Nijinsky II possible and powerful.

This pedigree is a wealth of Almahmoud, through her daughter Natalma in Northern Dancer, and her other important daughter, Cosmah, through Halo, so it seems only natural to attempt to add something from the Danehill line, as Danehill’s dam, Razyana, out of Spring Adieu, by Buckpasser (calling out to the Buckpasser in Seeking the Gold), is out of Natalma herself, thereby getting the big heart gene that this important female family clearly passes on.

I would not hesitate to bring a Galileo mare, or a mare by one of his sons, to Too Darn Hot, as his dose of Sadler’s Wells is on his dams’ side, in the fourth position. Too Darn Hot isn’t only a stand-out in terms of race record and pedigree. His initial stud fee for 2020, of €50,000, may seem high, but with sons of Dubawi, such as Night of Thunder, Postponed, New Bay, and Makfi (and even Demarchelier debuting in 2020 at Claiborne Farm, in Kentucky) taking off, Darley will have no problem filling this promising stallion’s book.