Urban Sea - The Most Influential Mare of Modern Times? 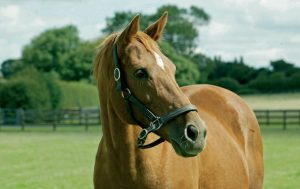 English Champions Day at Ascot provided many thrills, with some stars burnishing their haloes and others newly appearing. Donjuan Triumphant won the Sprint S.-G1 at odds of 33-1. Kew Gardens beat favored Stradivarius in the Long Distance Cup-G2. Star Catcher, with Frankie Dettori up and giving her a perfect hand ride, won the Fillies and Mares S.-G1. The Queen Elizabeth S.-G1 was taken by King of Change. And tough-as-nails Magical won the Champion S.-G1 by a length, only 13 days after competing in the Prix de l’Arc de Triomphe S.-G1.

Both Kew Gardens and Magical are by the supreme Galileo, and Star Catcher is by Sea the Stars. Stela Star, who won the Group Three Killavulan S. at Leopardstown, is out of a Sea the Stars mare. So what do they all have in common? The Miswaki mare Urban Sea, dam of both Galileo and Sea the Stars. Has there been a more influential mare in recent history? The answer must be “no.” 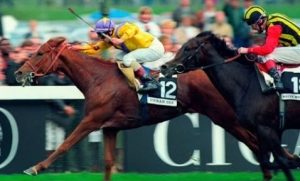 Urban Sea (1989-2009) is one of a very few mares to produce two Epsom Derby-G1 winners, in Galileo (who also won the Irish Derby-G1) and Sea the Stars (who also, like his dam, won the Prix de l’Arc de Triomphe-G1), and her achievements as a broodmare were recognized when she was named Irish Broodmare of the Year and English Broodmare of the Year in 2001. She was named European Champion Older Mare in 1993, after winning the Arc, and she earned over a million dollars while racing.

I was lucky enough to see and breed to Miswaki late in his career at Walmac Farm in Lexington, Kentucky. A small, fine-boned, roly-poly chestnut, he did not possess the majestic masculine aura of other top stallions, but he got winners in North America, the UK and Europe. Urban Sea may be his greatest achievement, however, as he has failed to become a sire of sires. Urban Sea, by the Lombard mare Allegretta, represents a phenomenal cross. Only two Lombard mares were bred to Miswaki in his career, and the resulting two foals were both winners, creating the sky-high Average Earnings Index for this cross of 19.65. To put that in perspective, Miswaki’s lifetime AEI is 1.94, while the AEI for Lombard mares is 1.30. Clearly, magic was at work with this particular nick. 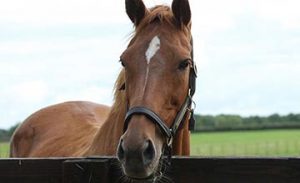 Miswaki’s pedigree is pure North American grit and speed, as he was by Mr. Prospector, out of the Buckpasser mare Hopespringseternal. Her dam, Rose Bower, was a daughter of Princequillo, one of the greatest broodmare sires of all time, and he is echoed in her dams’ side by the presence of his sire, Prince Rose, who appears 5 x 5. Turf ability and stamina were added in Urban Sea’s dams’ side, with the presence of Tantieme, Donatello II, and inbreeding to Alchimist.

Magical’s dams’ side provides inbreeding to Northern Dancer through his sons Nureyev and Secreto, who was out of a Secretariat mare, adding another important dose of Princequillo through his great daughter and dam of Secretariat, Somethingroyal. Her fourth dam, Fager’s Glory, was by Mr. Prospector, out of the Dr. Fager mare Street’s Glory, and if you look even deeper you will find, tail female, a mare by My Babu, who complements the Klairion (through Lorenzaccio).

Star Catcher is by Sea the Stars, so we have in her pedigree Urban Sea in the same position as in Magical’s, as well as inbreeding to Northern Dancer, sire and dam, through Green Desert and Sadler’s Wells. Like Magical, as well, this pedigree provides a dose of Lorenzaccio, more Native Dancer through Sharpen Up, and even a cameo appearance of Somethingroyal (Princequillo) through Habitat, who was by Sir Gaylord, a son of Turn-to, again complementing the Klairion. A pattern certainly seems to be appearing.

Kew Gardens, by Galileo, provides inbreeding to Northern Dancer through Sadler’s Wells, Danehill (like Green Desert, by Danzig), Nureyev, Vice Regal and Green Dancer (Nijinsky II). He is tail female to Princequillo’s sire Prince Rose, and features Sharpen Up through Trempolino. But the coup de grace is provided by Razyana, the dam of Danehill. She was by His Majesty, a son of Ribot, and out of the Buckpasser mare Spring Adieu, doubling the Buckpasser 5 x 6, and adding another dose of Natalma.

It is worth noting that Stela Star, by Epaulette, is out of a Sea the Stars mare, and features many of the same cast members: Danehill (by Danzig, out of the previously mentioned Razyana), Klairion, Nureyev and Green Dancer, and of course, Somethingroyal, through Secretariat’s son General Assembly.

With Urban Sea as the linchpin of all these pedigrees, and the juggling of what turns out to be the usual suspects for her, it would seem that stakes winners will abound. There may be other opinions and other nominees, but no mare in recent memory has created a legacy like that of Urban Sea.